Have I told you how much I love morel mushrooms?

Probably not, I’ve only just realised how much those unusual looking little mushrooms need to be part of my culinary life.

I was sitting in NoMad enjoying the most amazing morel mushroom dish and …….

Hold on, I’m getting way ahead of myself; let me backtrack just a little bit to the beginning.

The moment that my US visa was approved and my flights booked, I jumped on every single medium I knew about to try to book into Eleven Madison Park, the newly crowned World’s Best Restaurant.  Sure, I’d been before, when it was a lowly ranked #5; but it was such a great experience, I wanted to go for a repeat visit (see post here).  Especially so given that the renowned restaurant was about to close its doors for a major renovation!

It seemed like I wasn’t the only person with this idea; I was locked out with absolutely no avenues at all to get into that dining room.

But then I remembered; EMP’s Executive Chef and owner, Daniel Humm, had a second Manhattan restaurant that was also very well regarded.  In fact, so well regarded that it had been awarded a Michelin Star as well as being ranked as the 57th best restaurant in the world on the Elite Travellers Top 100 list.

Happy Days; I was in, I’d secured a reservation quite easily actually.  I’d managed to score a reservation on the same day I’d looked!  The only trouble was, I had only thirty minutes to get across Manhattan in peak hour traffic.  A quick check of google maps later, I had a navigation plan using the subway and found myself standing out front of the NoMad hotel only a few minutes late.

Located near Madison Square Park, the NoMad hotel is in a charming old building that actually reminded me of parts of London;  a lovely domed tower was the dominant feature of the building, which made it quite easy to spot. Making my way into the building, the old school charm of the NoMad opened up before me and as I was shown to my table, I was entranced by the setting; in particular my seat in the main glass enclosed atrium.

There was a real buzz about the place; if I had to put a finger on it, I was reminded of those old Agatha Christie novels, where the distinguished guests would be sitting in an elegant setting, although there was a very distinct New York flair as well.  I felt energised before I even looked at the menu; but when I did, I knew that I was in for a treat.  The only problem was deciding what to chose; essentially, I would have easily been happy with any of the dozen or so options.

Immediately after making my decisions, slow deliberate and agonising decisions, I was presented with a potato and cheese flat bread; along with a sharp knife, and proceeded to get to work slicing.  I didn’t want to fill up on the bread, so only had a little taste, the predominant taste being like a cheesy potato hit. 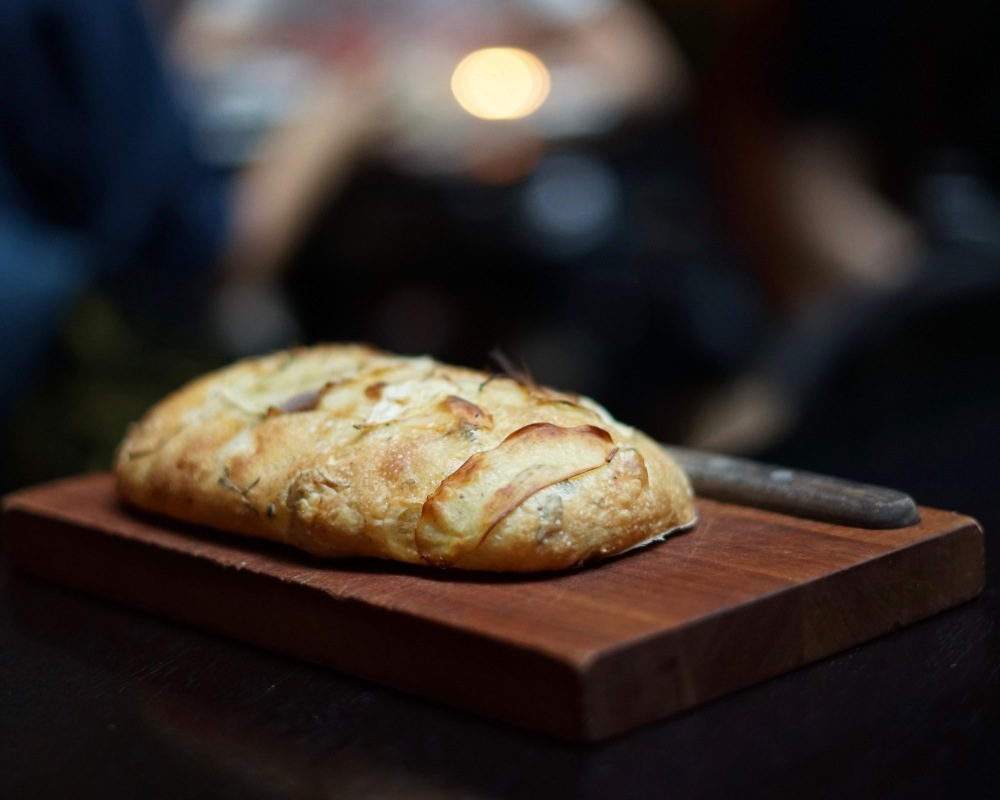 The first thing I noticed when my Agnolotti with morels, english peas and parmesan was presented was the pure beauty of the presentation; every component deliberate and the colour palate visually appealing.  Just on visuals alone, I knew that I was about the be treated to something memorable.  The light fresh pasta was delicate and sweet, made all the more so by the delicious morel mushroom filling.  The broth that the pasta came with was complex and thrilling, the layers of flavours astounding; mixed with baby peas to give a freshness.  However, it was the addition of pickled morels, sliced thinly and the chunks of complete morels that elevated the dish to legendary status.  The earthy flavour was enhanced by the preparation, which was slightly acidic from the pickling.

I tell you; I would eat this dish every night for dinner and never grow tired!

While I sitting back, contemplating if I’d ever had a better pasta dish, the restaurant surprised me with a little extra course.  My waitress called it a New York quintessential; the bagel egg sabayon.  With a little bit of ceremony and theatre, I watched as a portable burner was transported to my table; the sole occupant of the dish an egg, which contained the silky smooth sabayon and pieces of smokey diced sturgeon.  Oh my, it was a delightful treat and one that I very much appreciated.

It was another holy-crap moment when my main was presented; the sheer beauty of the Lobster poached with spring onion and fine herbs was clear.  The bright colours were a stark contrast to each other, the fresh and lively produce used standing out in a way that made my heart ache.  Carrot was used to incredible effect, with some pickled carrot slices sitting atop the expertly poached lobster tail.  Roasted carrot had been precisely turned and sat to attention in the bowl.  Onion was also given a special treatment, with some roasted onion sitting along side tiny little pickled onion rings that were packed with flavour.  I loved the tender fresh lobster that had been poached just right, the combination of flavours working incredibly well together.  The only minor criticism I had of the dish was that the green sauce at the bottom of the dish was just a little benign, and added nothing to the otherwise perfect components.

Completing the meal was another visually stunning dish; simply titled Milk and Honey, the dessert was quite spectacular.  Three quenelles of sweet and velvety ice cream were enhanced by strips of honey, lending a complimentary sweetness.  Shortbread pieces sat amongst vanilla brittle, giving both texture and another level of sweetness; the layering of different sweet components clear and effective.  Once the strong hit from the honey dissipated, you were left with the vanilla hit, then the crunch from the shortbread.  It was so good, so very good.

It was the word that came to mind.  I’d just sat through an extraordinary meal and all thoughts that I’d missed out by not getting into Eleven Madison Park were dispelled.  With service that was relaxed and attentive, an environment that was lively and interesting and food that was ‘as good as it gets’, the NoMad should be on the list of any serious foodie that’s been unlucky enough not to get into the main game in town.

I think to my dying day, I am going to remember the Agnolotti with morels prepared multiple ways.  In fact, I think that dish could be worth the expense of flying to Manhattan alone.

But then, do you really need an excuse to visit New York? 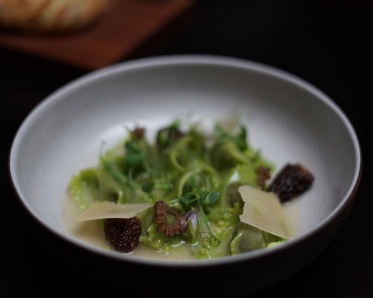 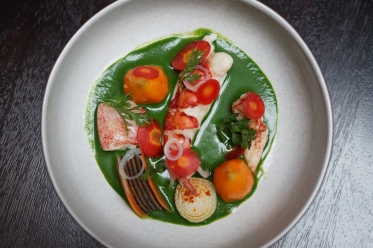 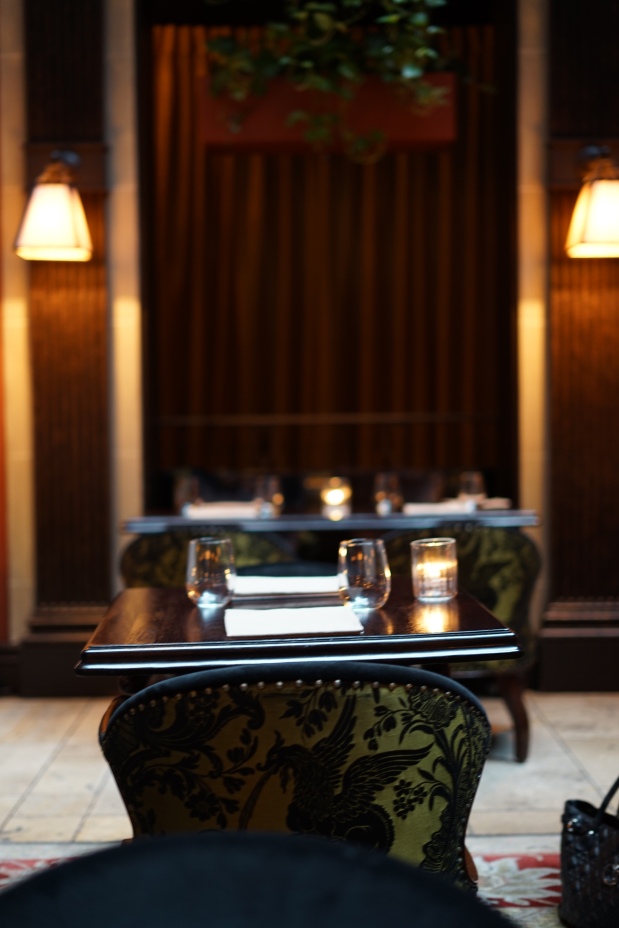 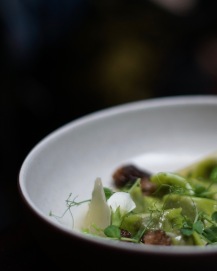 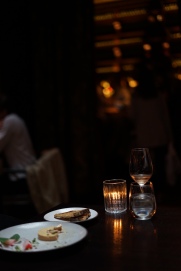 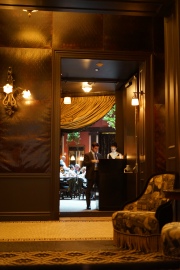