I have a bit of a problem.

You see, I’m on this super health kick that’s seen me drop about ten kilos and get very fit; that in itself is not a problem 🙂

But there is the fact that I’m a food blogger and really really love excessively fatty food; most notably calorie dense French fine dining.  Not to mention carb heavy pasta and Italian; oh, then there’s super Spanish cuisine; mmm, that modern British dining is not too bad also.

Well, you get the point.

So I’ve been keeping an eye out for delicious food that falls into the healthy category; and I’m definitely not thinking vegetarian; I’ve gone healthy, not loco.

Which meant I was really hopeful of having a healthy and tasty meal when the girl suggested that Locofama might tick all the right boxes.  And after looking at the snazzy and awesome looking food photos at the Locofama website; it seemed as if there indeed could be the option of great looking, super tasty healthy food.

Billed as a community based health food restaurant and is affiliated with modern Chinese restaurant SohoFama; a place that I’d been to and really enjoyed (see post here). Working with Hong Kong’s local farming community to source ‘clean’ fruits and vegetables, the idea of Locofama is definitely about providing the health conscious amongst us a tasty alternative to those boring health food restaurant (ummm, mostly vego places)

We’d caught the very convenient MTR to Sai Ying Pun, the home of Locofama and as we wandered down the very cool Fuk Sau Lane, our decision to not book seemed foolish.  We were confronted with a rustic and organic looking facade that was packed with revellers and drinkers; as well as a good number of local kids running up and down the street.  Thankfully, we were granted a table, albeit it one right at the back corner of the restaurant.

Our fault and we were happy just to get a table!

We were handed over a couple of menus, the first couple of pages outlining the philosophy of Locofama; in short…

At LOCOFAMA, our mission is to share with the rest of Hong Kong what we already know to be true: that organic food can be healthy, affordable and delicious.

The statement was backed up on the following page with a heap of information about their approach to sourcing their ingredients, their seafood and their meat.  The page went on to describe in detail some of the key ingredients in their food; all low GI & GL and high in dietary fibre! 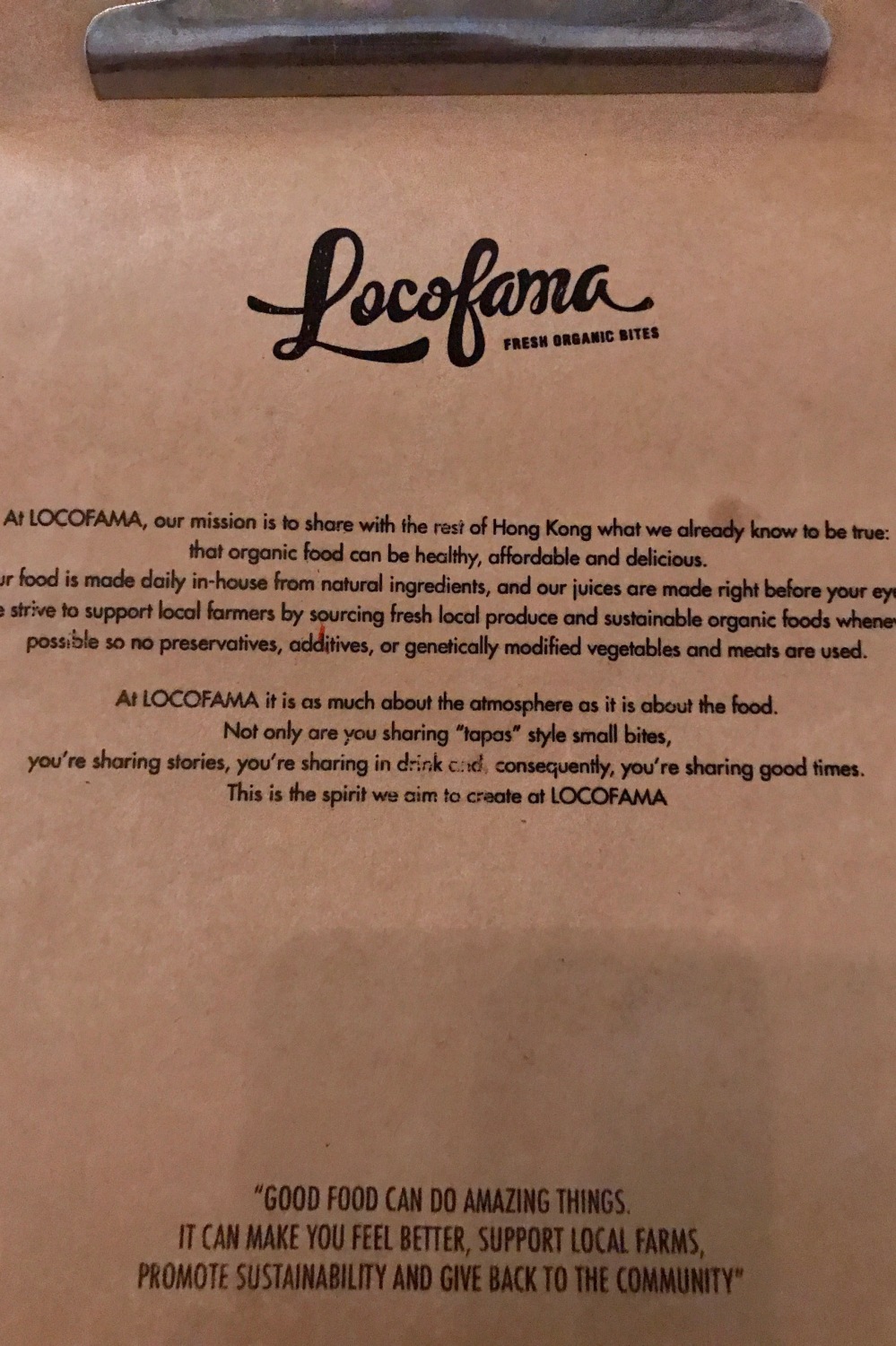 The last two pages of the menu outlined the food and drink options; with plenty of interesting looking options that clearly outlined food that was gluten free, vegetarian, paleo or hight in protein.  The drinks menu noting certified organic beverages and natural wine.

There was no doubt that we were primed; we had high expectations of restaurant quality food that was super healthy and mega tasty.

Our fist dish was the pan-fried tiger prawn with black truffle crab; a single large prawn presented on a bed of lettuce leaf and covered in a truffle crab paste.  It wasn’t the prettiest of plates but it did taste pretty darn nice.  The really strong truffle flavour shone through, but at the expense of the delicate crab flavour; the prawn was slightly over cooked, but was sweet and worked nicely with the crab and truffle paste.  Tasty as it was, it was very difficult to eat, the prawn being stuck to its shell made it difficult to pull apart.

We went from pretty darn tasty to very, very bland in one fell swoop.  The slow cooked organic egg with black truffle and mushroom should have been amazing; it had all the right ingredients to be a star.  But, it wasn’t even close.  Firstly, the dish looked pretty ordinary, nothing like the version on the web site; but looks aside, it just didn’t taste of much.  The mushroom was plentiful, but lacked any seasoning.  The egg was nicely cooked, but was completely lost in that pile of mushroom, there was no creaminess coming through from the egg.  Even the addition of bacon was lost in the whole dish, which for me was a huge missed opportunity.

The girl fared much better with her first dish, the kalbi beef quesadilla.  The nicely toasted tortilla was packed with tasty beef, onion, mushroom and bbq sauce; then held together with just enough melted cheese to make the dish interesting.  Cut into quarters, it was simply presented on the plate and was quickly devoured by the girl, leaving only enough for me to sample the taste. 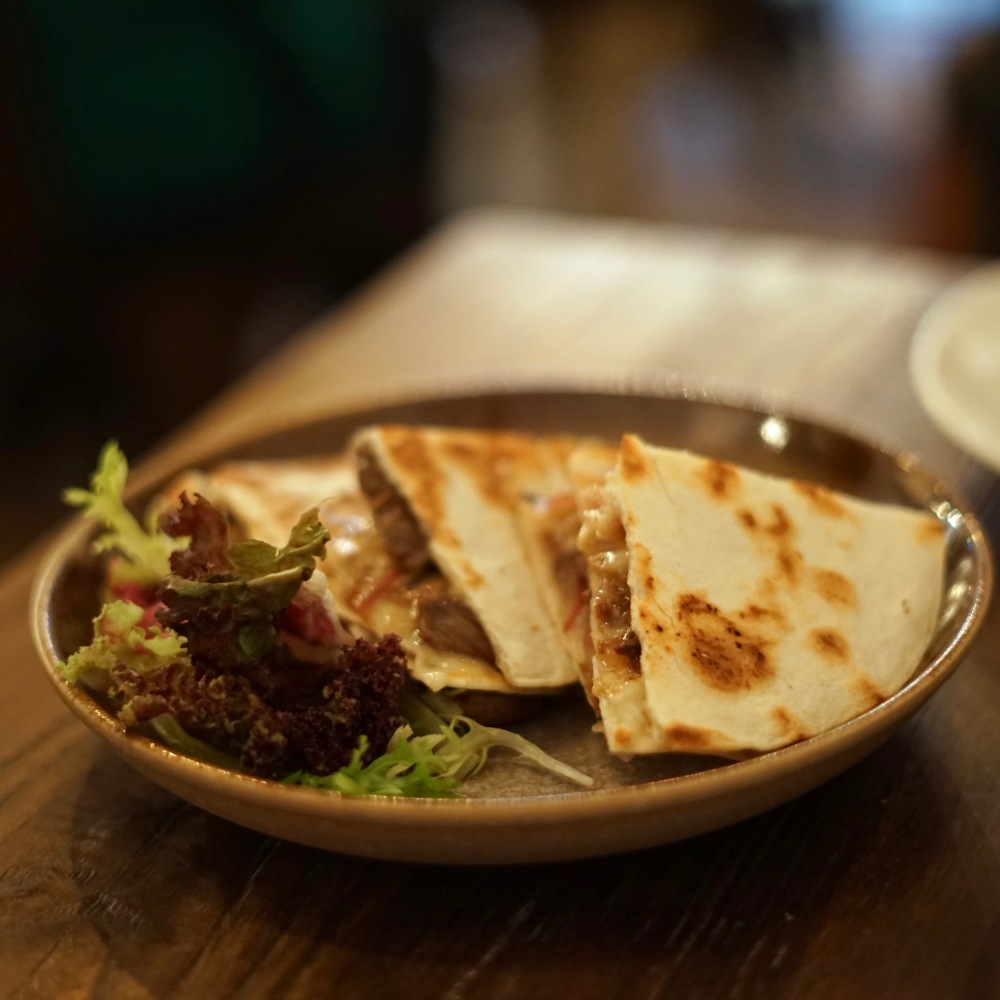 I’d chosen the slow-cooked 48 hour natural short rib; again taking my cue from the image on the website and again being bitterly disappointed with the presentation.  If I’d not been expecting something beautiful looking, I’d probably have started off on a better footing; as it was, the beef was actually really nicely cooked, soft and tender, with enough fat included to bring out the beef flavour.  I did find the marinade that went with the beef to be overly sweet and lacking any depth of flavour, but thankfully there was not so much of it to ruin the dish.  Next to the beef was a pile of steamed veggies that included tomato, broccoli and string beans; all healthy for sure, but not really appetising in their appearance.

Last savoury dish of the night was the organic coconut chicken with quinoa, another rustic looking dish that was essentially a mild coconut curry with pieces of tender chicken.  I’m not a huge fan of spicy dishes, so I thought the curry was acceptable, however, the girl being a much more seasoned curry aficionado thought it was a little bland, lacking depth of flavour.  The mixed quinoa was cooked well, but there was way too much of it in the dish, which meant that the curry was long gone before half of the grain remaining and far too dry to eat on it’s own.

We decided that it would be interesting to see what a healthy restaurant would dish up for dessert; the apple crumble cheesecake was the option we went for.  The cheesecake itself was a little dry and crumbly, I think due to the fact that there were pieces of apple throughout the cake; which should have added flavour, but were again just a little bland.  There was an interesting hit of cinnamon that livened up the dessert a little; but unfortunately, the best part of the dessert was the fresh strawberry that was there for presentation. 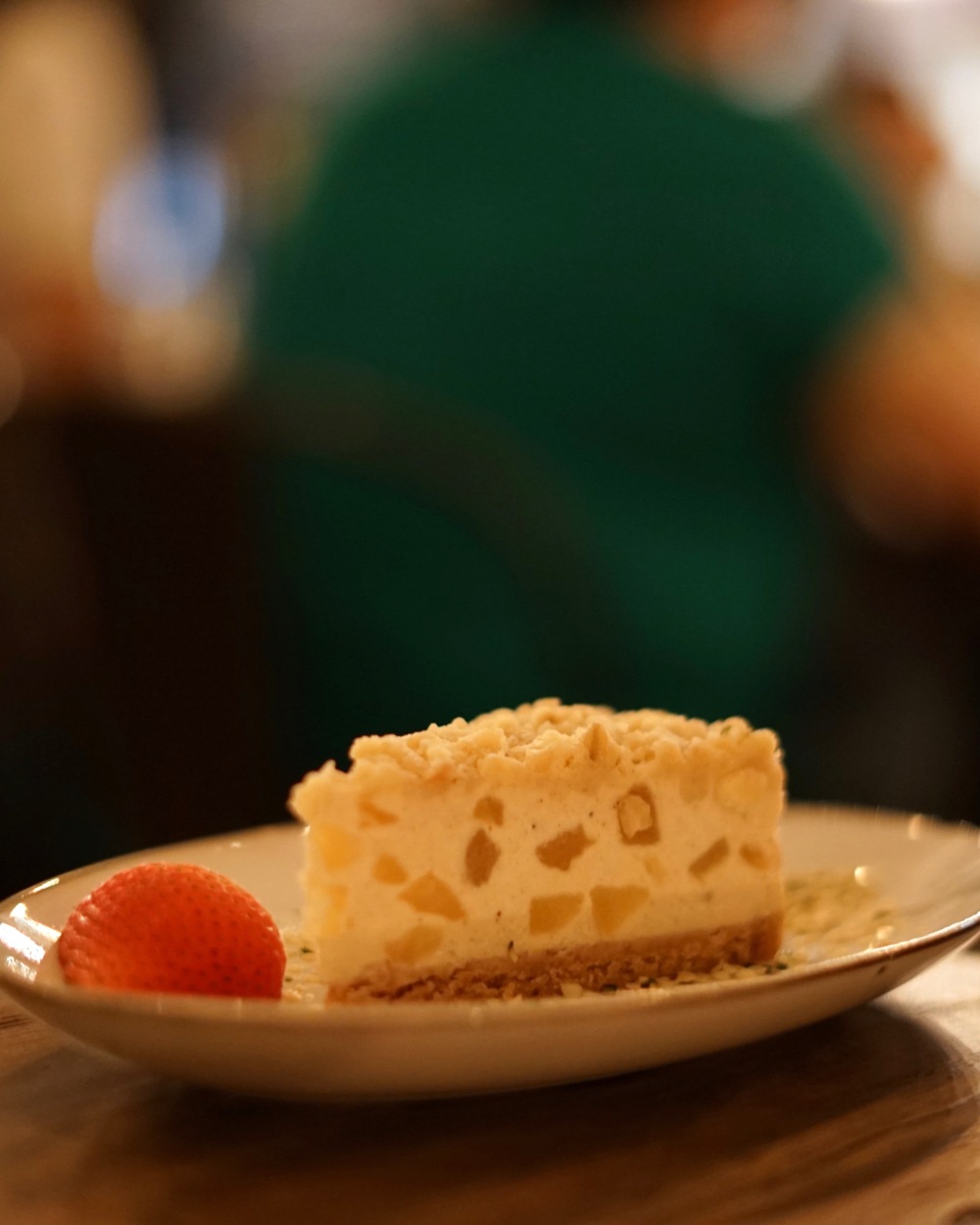 All in all, I was fairly disappointed with our meal and experience at Locofama; and for a couple of reasons.

You just can’t have professionally taken photos of food on your website that have no relationship at all to the food you present in your restaurant!  This sets an expectation that’s never going to be met; and in this case, wasn’t.  Some of the food was tasty enough, but some was incredibly bland; something that a bit of seasoning could have helped with.

But most of all was the service.  No joke, one of our waitresses, who we thought may have been the manager, was pretty ordinary.  She’d only half pay attention to us; and a few times, she was talking to other staff as she slammed our dishes onto the table with nary a comment.  It was one of the more unprofessional experiences I’ve had in a restaurant for a while; and while there was another waiter who was friendly enough, it didn’t make up for the terrible bits.

I’m afraid that I wouldn’t head back to Locofama again; the food was just not interesting enough and I didn’t feel a sense of community that the restaurants website so proudly displayed (although the group at the restaurant bar seemed to be having a ripping time). I’m definitely interested in the concept of Locofama, just not the execution.

It looks as if I will have to keep looking for that balance of tasty, well presented healthy food elsewhere.  Else step up my exercise routine! 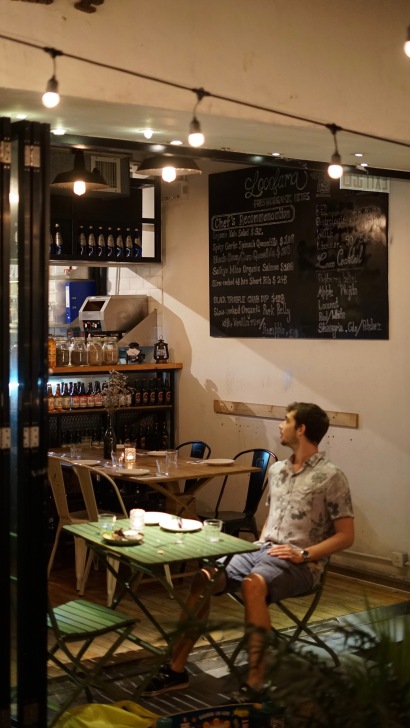 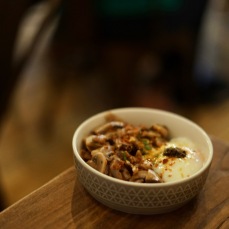