What is it that stops a restaurant from achieving that all elusive Michelin Star?  It’s a question that probably has no clear answer.  I guess, if you could package up all the right ingredients, then everyone would have one.

It was also something that I’ve long pondered about one particular restaurant.

Arcane is a restaurant I’ve visited and reviewed before (see post here); I really loved the inventive food produced by Aussie chef Scott Osborn, formerly of Two Starred Pied à Terre in London.  So much so, it immediately went onto my ‘must revisit’ list.

It took a little while, but we recently took a buddy (also an Aussie) along for a dinner at the LKF restaurant; knowing that it would be an impressive meal and one to remember.

Traipsing through the slightly dinghy LKF district, we arrived at the very well hidden restaurant and were ushered through to our table.  I was immediately reminded that while the food was sublime, the restaurant itself still felt a little tired; and not even some impressive artworks by Flowers Gallery (a London and New York based contemporary art gallery) could revive. 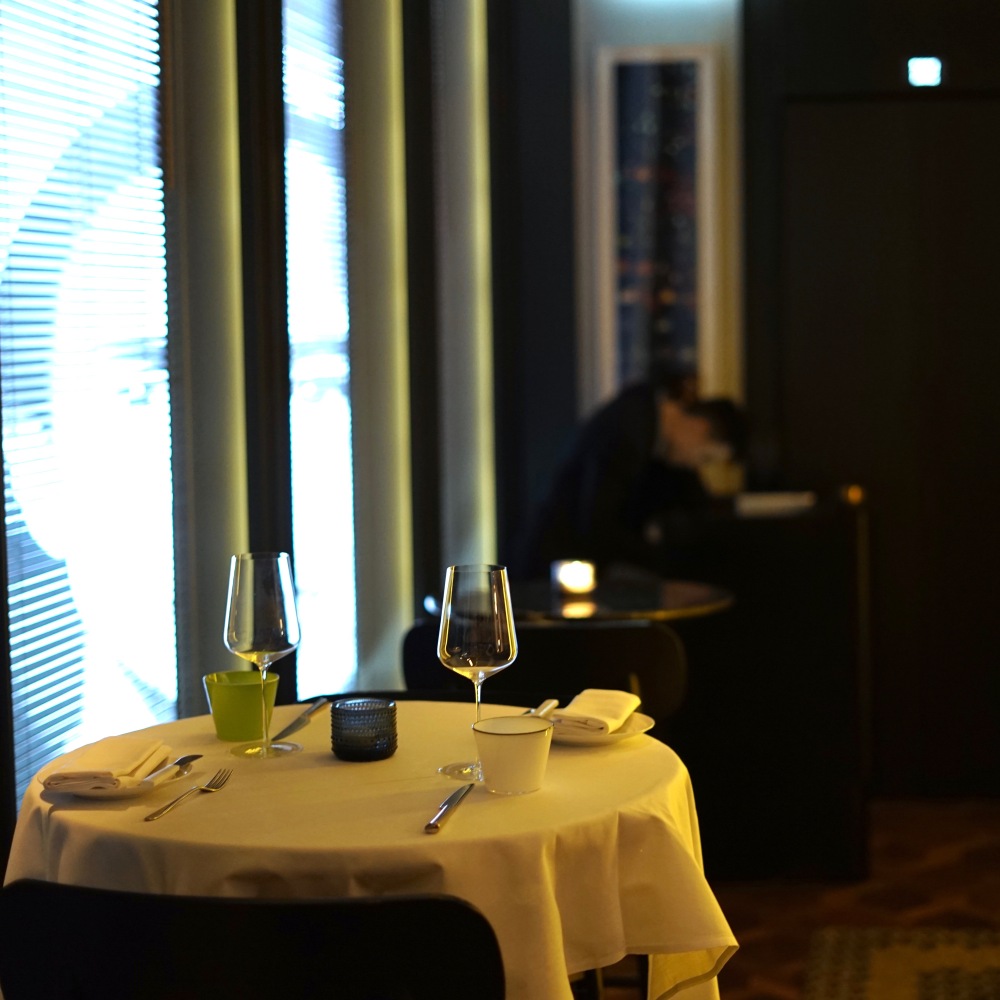 The first clue?  Mmm, I wondered.

With a menu that focuses of fresh and health ingredients from some of the world’s top producers, Arcane is less about locally sourced produce and more about providing the very best.  Looking over the menu, we noted that it was quite traditional; starters, mains and desserts along with a section set out for vegetarians.  What did seem to be missing from a Michelin Starred restaurant, was a tasting menu option.

Was that a further clue as to why no Michelin Star?

That same, super friendly staff were on hand from our last visit; smiles all around as crusty warm bread was delivered (and replaced throughout the night), along with a nob of hand churned French butter.  We quickly placed our orders, a few items clearly standouts as we largely ordered the same options! 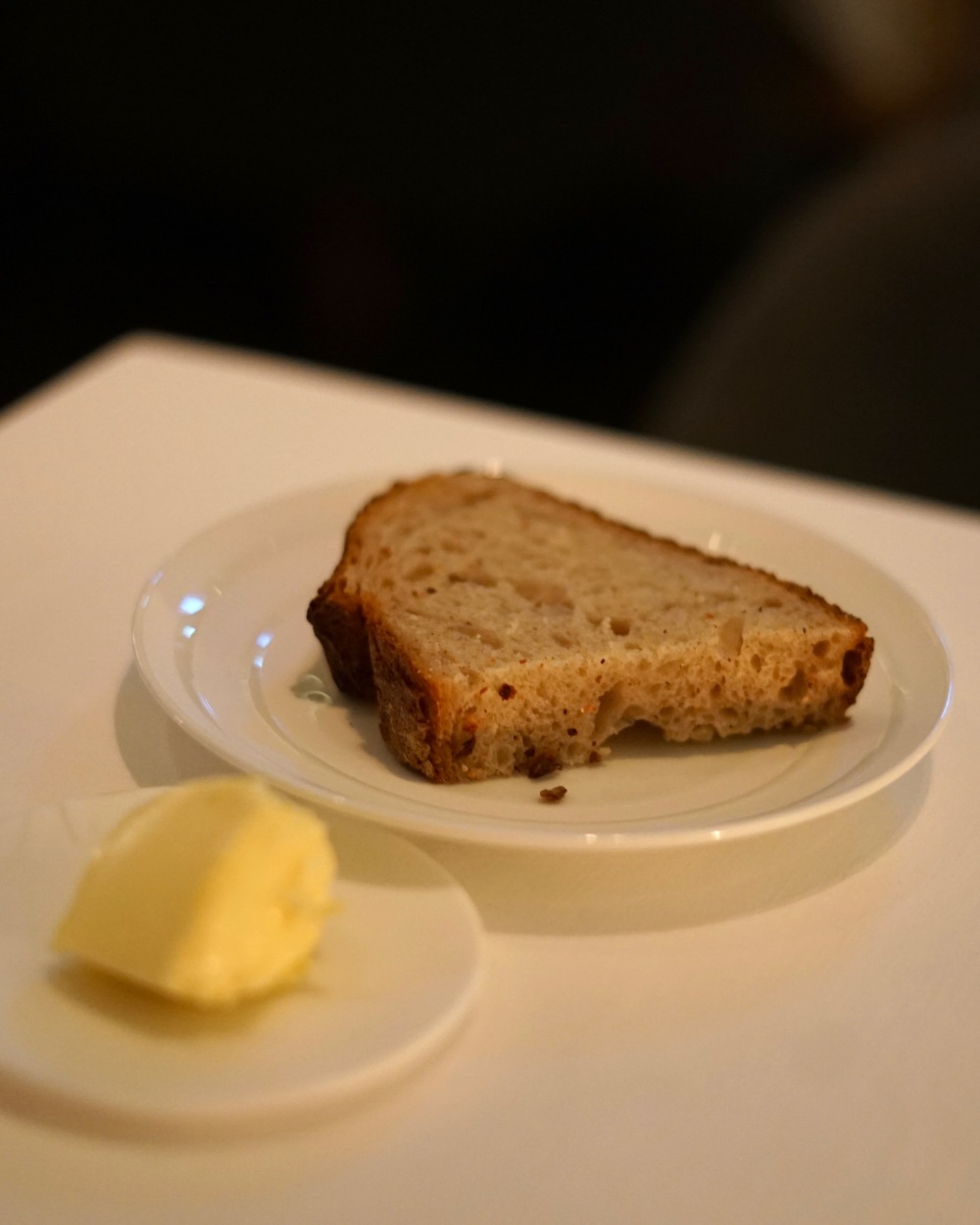 The girl ordered the Agnolotti of ricotta, lemon and black pepper with bacon, rainbow chard and hazelnuts; the simply presented dish had four large ricotta filled agnolotti served with a simple, yet delicious sauce and topped with thin strips of crispy bacon.  The crisp and clear flavours of the pasta danced nicely on the palate and the hazelnut provided a little texture.  Most importantly, the slightly salty bacon provided a yummy hit and pulled the dish together. 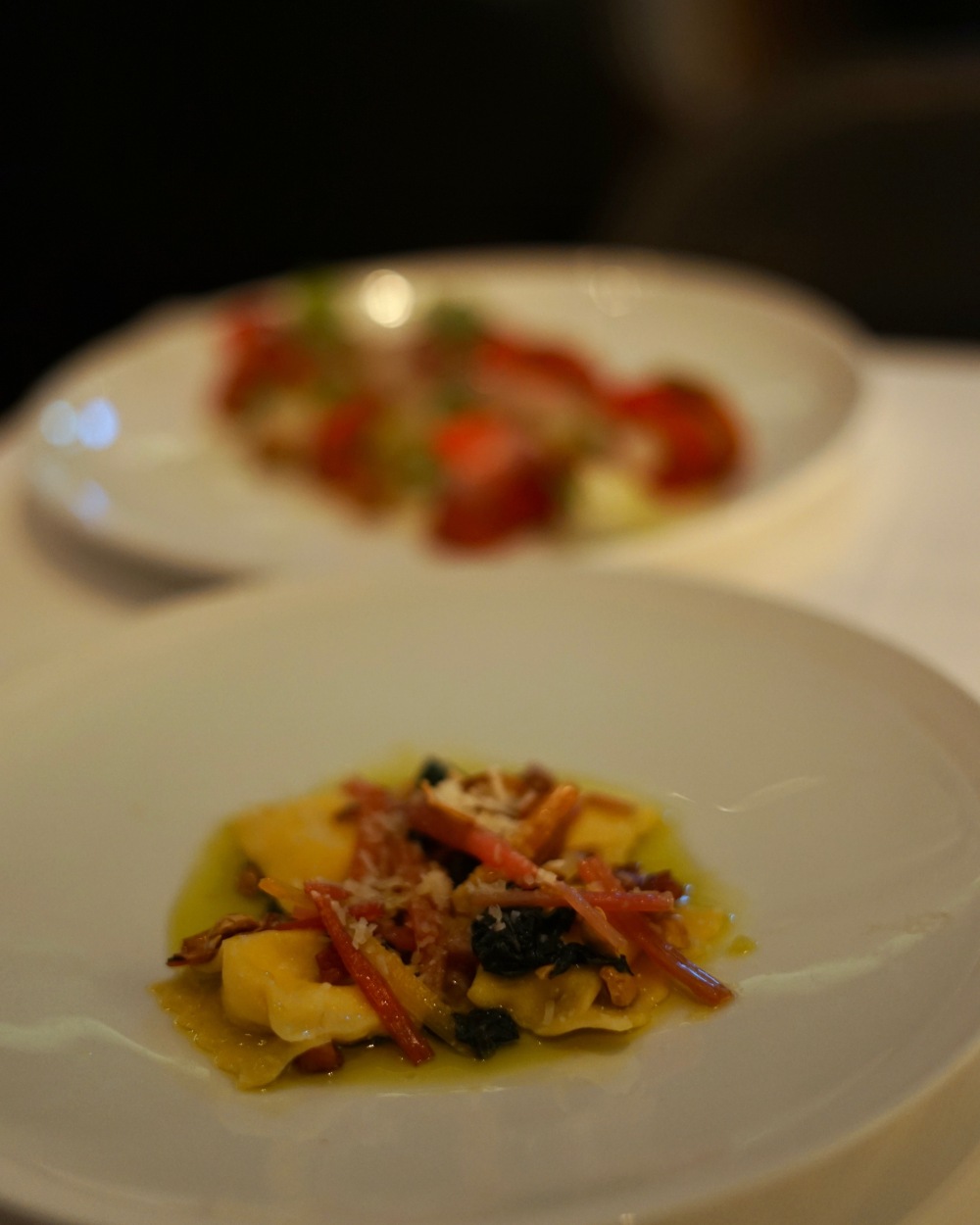 My choice was the Tartare of angus beef fillet with bamboo shoots, sunflower seeds, rocket and parmesan; I got the dish partly because I love beef tartare, and partly because SH had never tried the classic French dish.  The Arcane version was a little different from the traditional version, however, the fresh ground beef was extremely fresh.  Visually, the dish looked lovely, vibrant red of the beef contrasting to the bright green of the rocket.  Sunflower seeds were an interesting addition, and along with the gherkin provided crunch and punch to the beef.  Sweetness came from the parmesan cheese sprinkled across the dish. 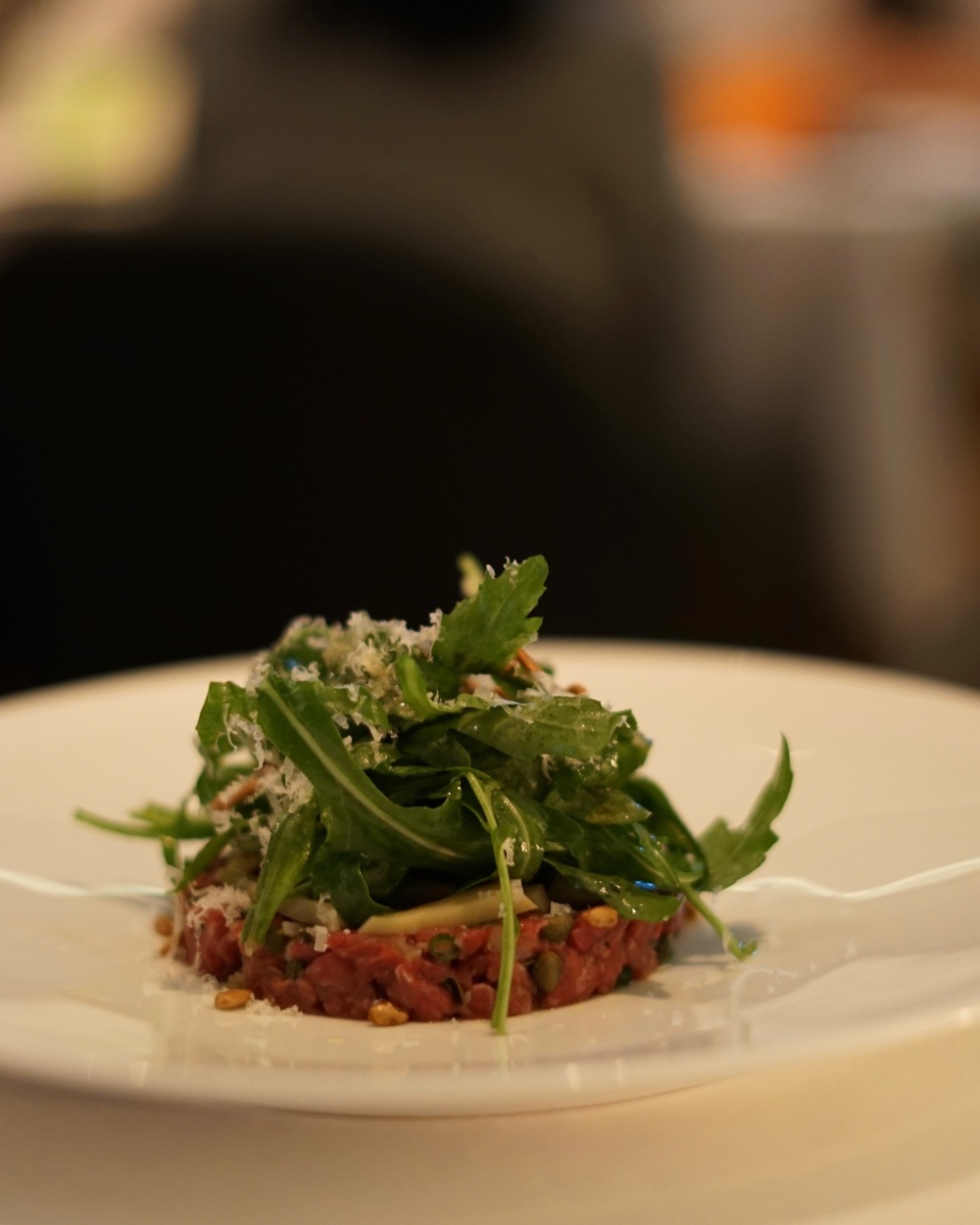 We were actually given a little treat from the Arcane team, who’d sent over their signature starter for us to sample.  We loved the lightness of touch from the Japanese fruit tomato with soft goats curd, leek, onion seeds and marfuga olive oil, the insanely sweet fruit tomato matching the light curd beautifully.  A much more complex version of tomato and cheese; the well seasoned dish was enhanced by a hit of peppery olive oil and was quickly devoured. 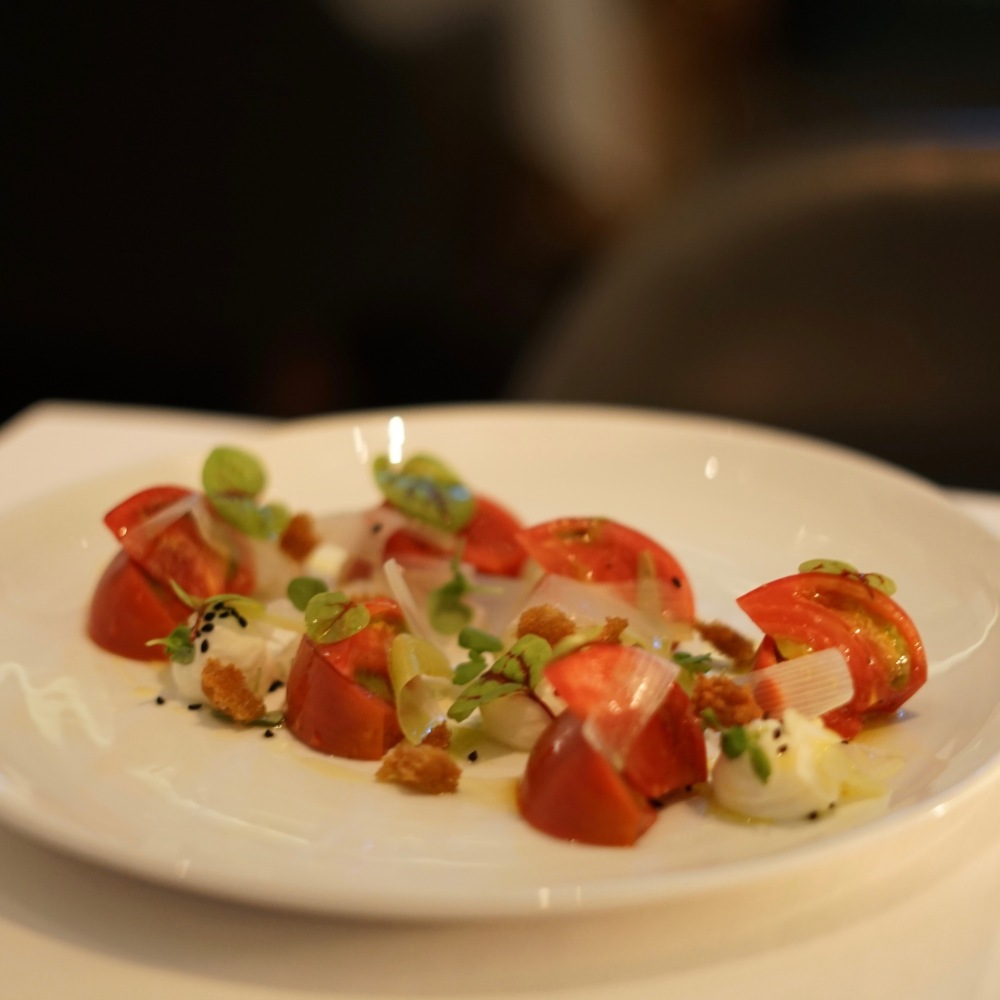 SH chose the Sautéed potato gnocchi with fresh morels, pinenut and truffle cream, wild garlic leaves as his starter, which just happened to be the main of choice for the girl and I!  This dish was simply unbelievable; the incredibly rich truffle creamed sauce and morel mushrooms were the definite star of the dish.  The light, fluffy and golden brown gnocchi was simply a conduit in which to deliver the sauce; of which there was scant enough of.  Each of us had the dish as a main or starter, and each of us were left gobsmacked by how the plate of food left us feeling; warm and happy inside. 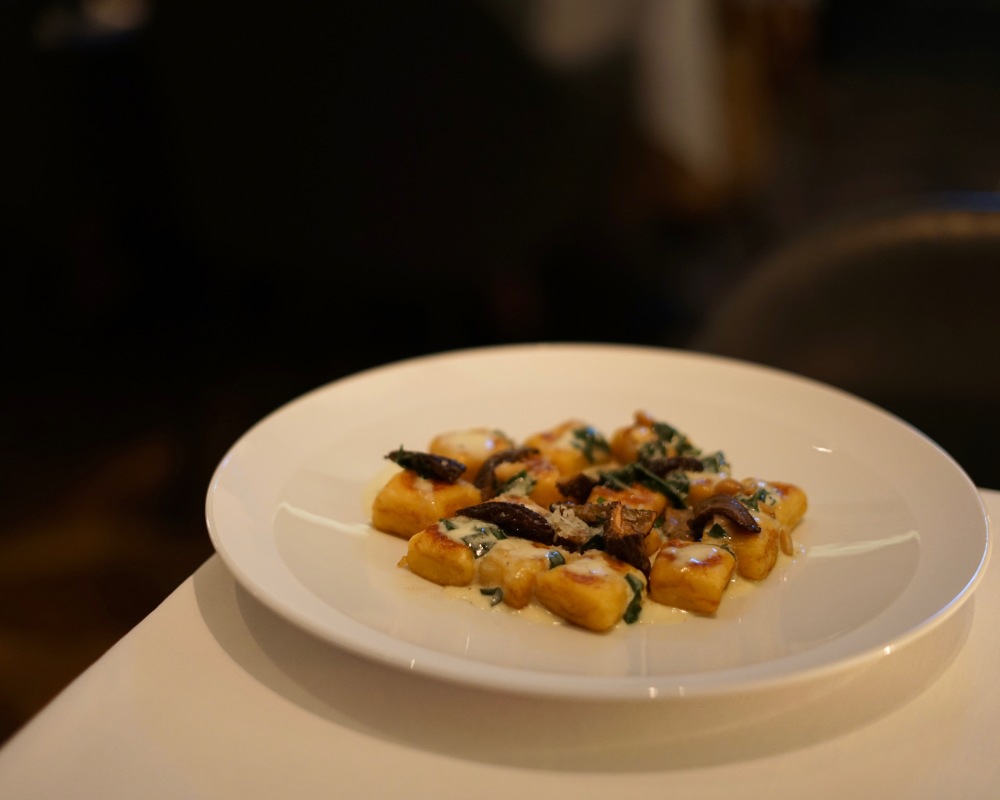 Even though I loved my main selection, I did suffer a little food envy over SH’s choice of Slow braised wagyu short rib with swede, green beans, confit garlic and pepper sauce.  I’m not normally a fan of the braising process for beef, which was why I’d skipped it as my main.  Once I tried a little of the incredibly tender wagyu, I knew that I’d have happily devoured the lot.  While there was an intensity to the beef, it was not so rich as to be overpowering; helped by quite a light set of accompaniments and quite a light sauce, the dish was well balanced and very enjoyable. 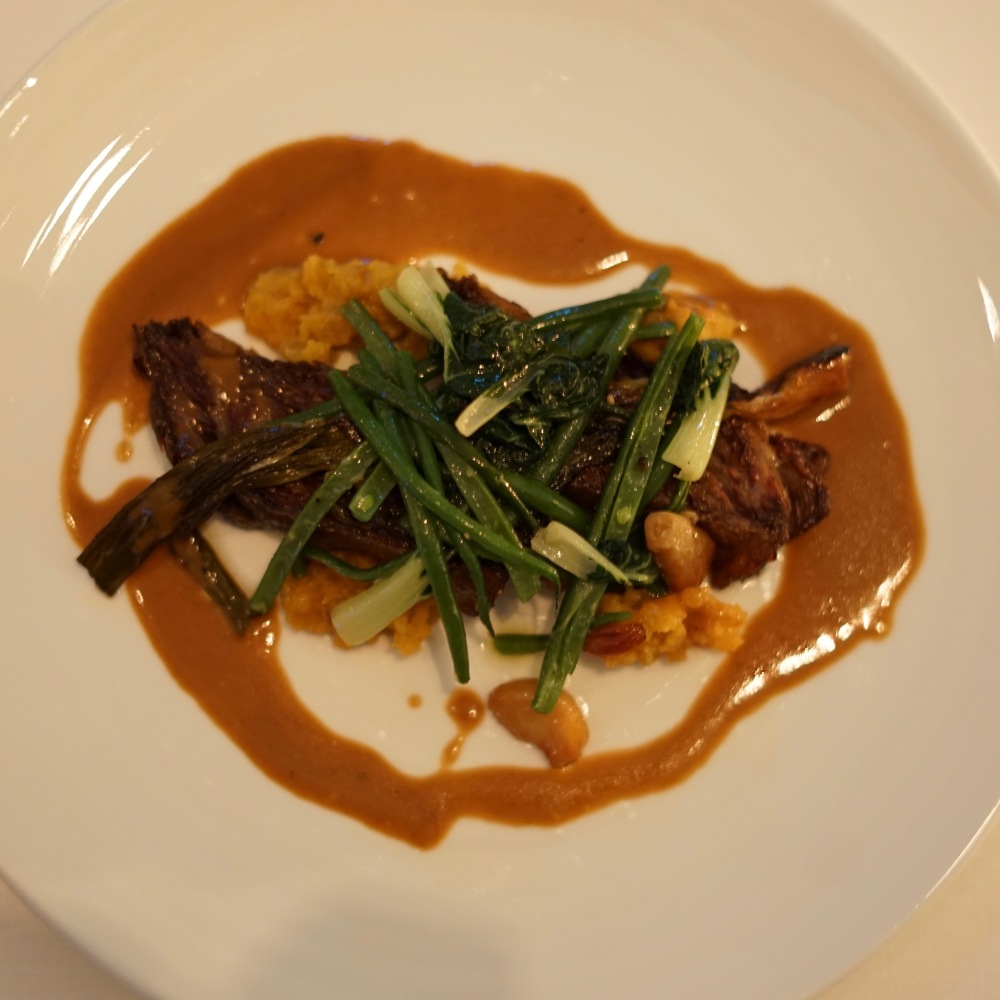 It was after our starters and mains that I again questioned why our chosen dining spot had not been rewarded by Michelin.  Mmmm, curious.

In a case of keeping it consistent, the girl and SH both ordered the Light passionfruit mousse with fresh mango, walnut and vanilla velouté, chocolate crumbs.  I loved the presentation of the dessert, which reminded me of a crown (albeit a thorny crown!).  The mousse was wonderfully light, completely enhanced by the freshness of the mango and the simply wonderful vanilla soup that surrounded the crown.  My tiny little sample of the dish had me wondering if I’d made the right choice with my dessert; I really though my dining companions had won the battle of desserts. 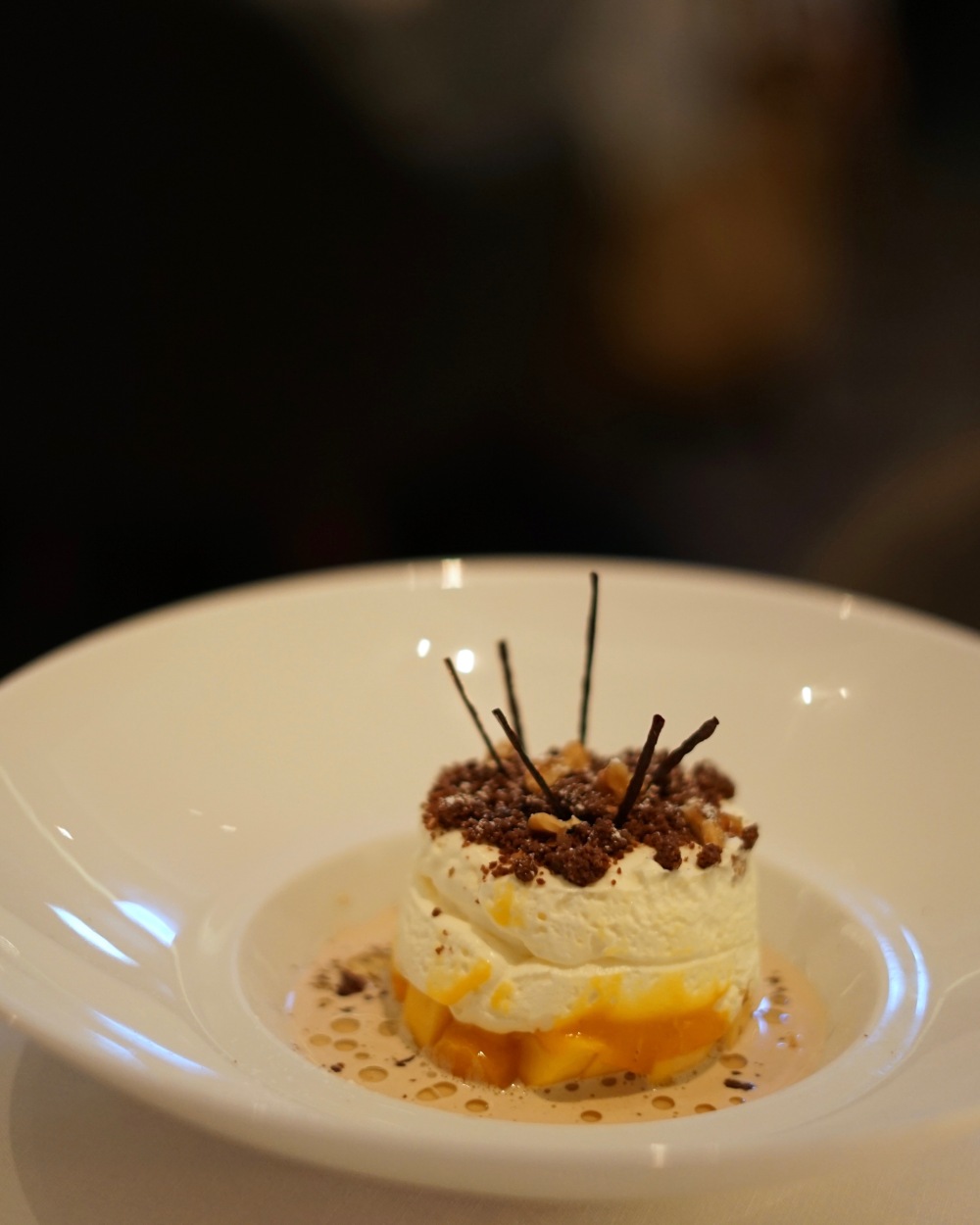 It was a thought that persisted as I took photos of my dessert.  Served in a glass, there was a simple elegance to the dish; but I couldn’t help thinking that it was a bit lazy – like a pre prepared pannacotta in a glass.  All thoughts of loss were unequivocally removed as soon as I tasted the Yuzu and lemon posset, dekopon, mandarin and yoghurt ice cream, white chocolate tuile.  I don’t want to be too dramatic, but it was without doubt my favourite dessert of the year.  The sweet intensity of the yuzu and lemon posset (essentially a custard) was breathtaking; fresh mandarin pieces provided freshness and matched the creamy yoghurt ice cream for flavour.  If I could have split the glass open to lick it clean, I would have! 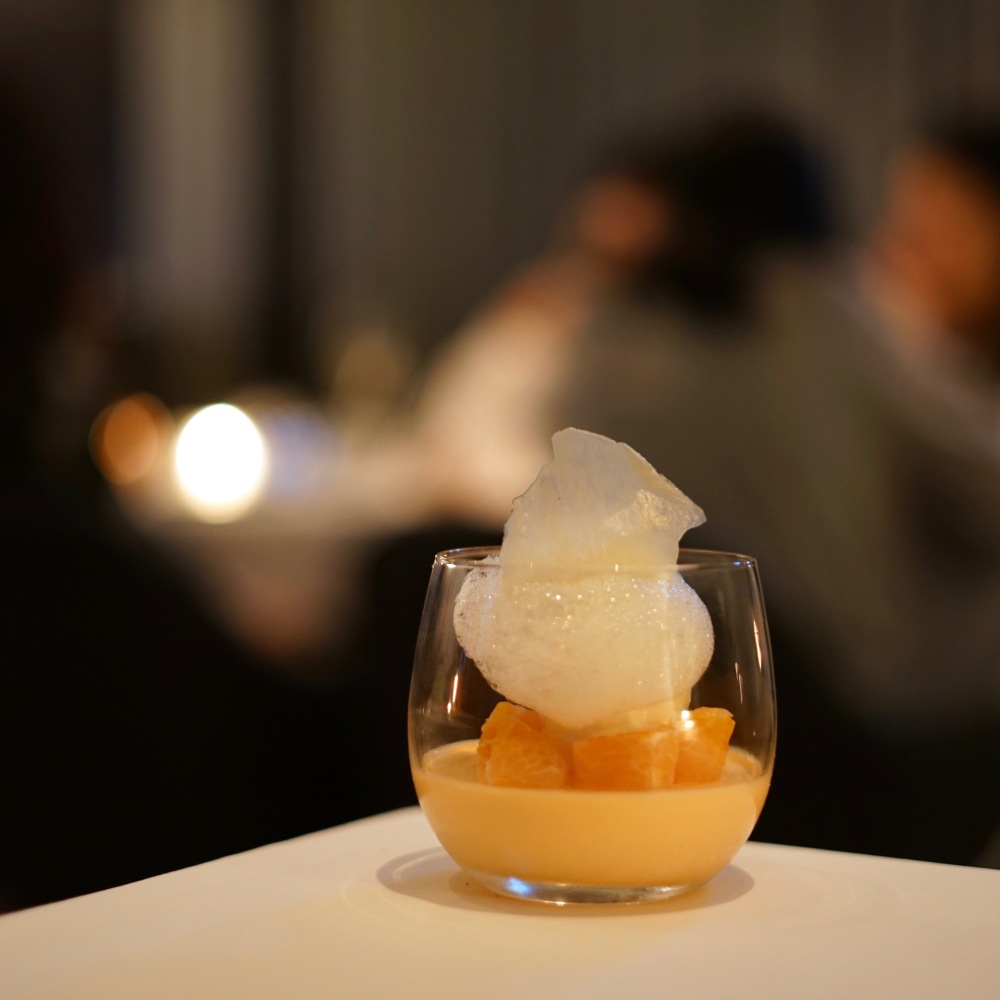 So there it was, three people sitting around at the end of a meal, marvelling at how superb the food had been.  A conversation that went on well after we’d settled the bill and were walking home.

Which brings me back to my original musings.  What does it take to get a coveted Michelin Star?  Perhaps I’m naive to the machinations of a Michelin Guide, but shouldn’t the yummiest and tastiest food be recognised?

If food alone is the deciding factor, then without doubt, Arcane deserves that Star.  But, if there are other factors at play; perhaps a tired looking dining room; perhaps the lack of a tasting menu; then I’m definitely going to become jaded over time.

I really hope that this great little restaurant get’s a well deserved Star.  I will be watching the 2018 guide with much anticipation. 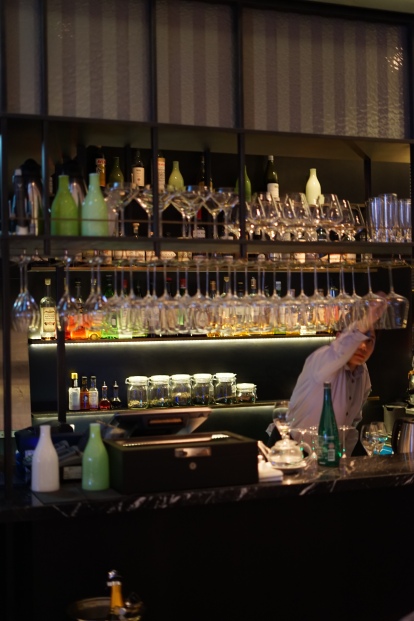 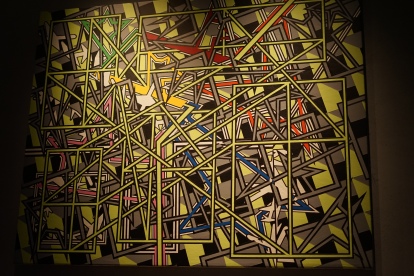 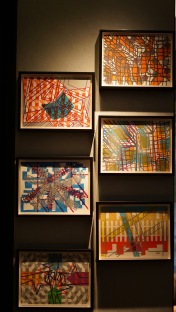 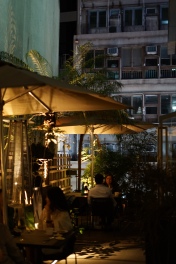 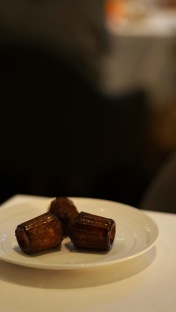 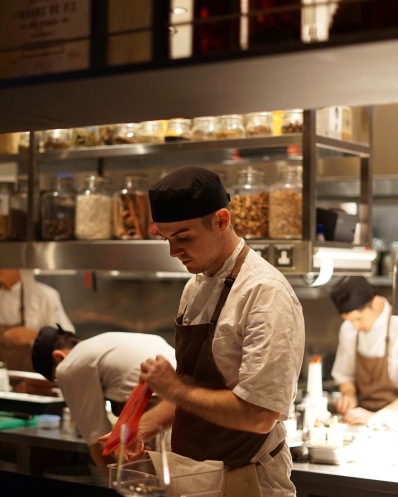 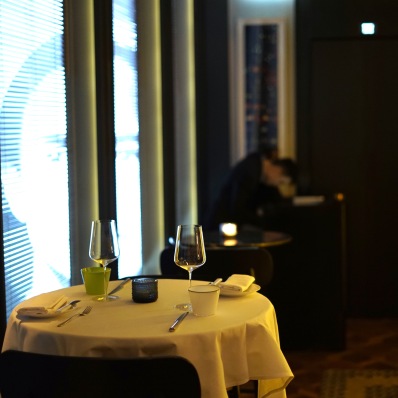