Let me throw some numbers at you

These numbers represent some of the best restaurants in the world; in fact, they are the number ranking of restaurants on the San Pellegrino list that I’ve visited in the last six weeks.

I’ve been chasing that elusive high, the perfect meal and while I’ve had some amazing food recently; I’ve been left feeling a little hollow….  Like I’ve been missing out on something.

It wasn’t until I visited a tiny little new restaurant just around the corner from my Wanchai apartment that I realised what I’d been missing.

Tucked away in the back streets of Wanchai is perhaps the hottest new restaurant in Hong Kong.  You may not have heard about it; the place doesn’t take reservations and it’s popularity is driven largely by word of mouth.  But let me tell you; if you haven’t heard about Pici, then that is about to change! 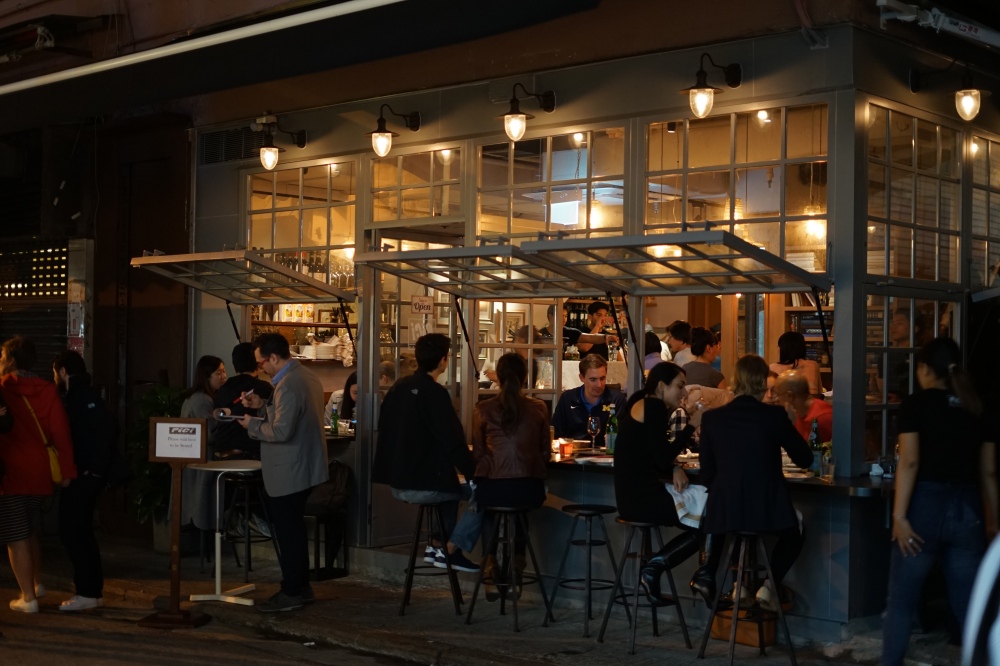 We didn’t really know what to expect, other than if we didn’t arrive early, we could be in for a very long wait; and in a city like Hong Kong, where waiting is normal, that is saying something.  It was no problem for us though, we love eating early and arrived around 5:45 (about 15 minutes before it’s opening time) but were still greeted with a smallish queue.

Standing there for 15 minutes was no problem, we just watched the preparation work from the Pici team; which was easy to do given the large window areas that doubled as a dining table.  That may sound strange, but it added to the charm of the tiny little dining room, where every available space was used for diners; and let me say there were some interesting little nooks & crannies used to full effect and ensured there was enough room inside for around 50 diners.

A few minutes prior to opening and with a queue that had built considerably, Pici’s manager made his way outside; and like a circus ringmaster explaining the fun and festivities to be had, explained that we’d be let into the dining room in small groups of ten.  The idea to allow the kitchen to process our orders and ensure that they were not over run. 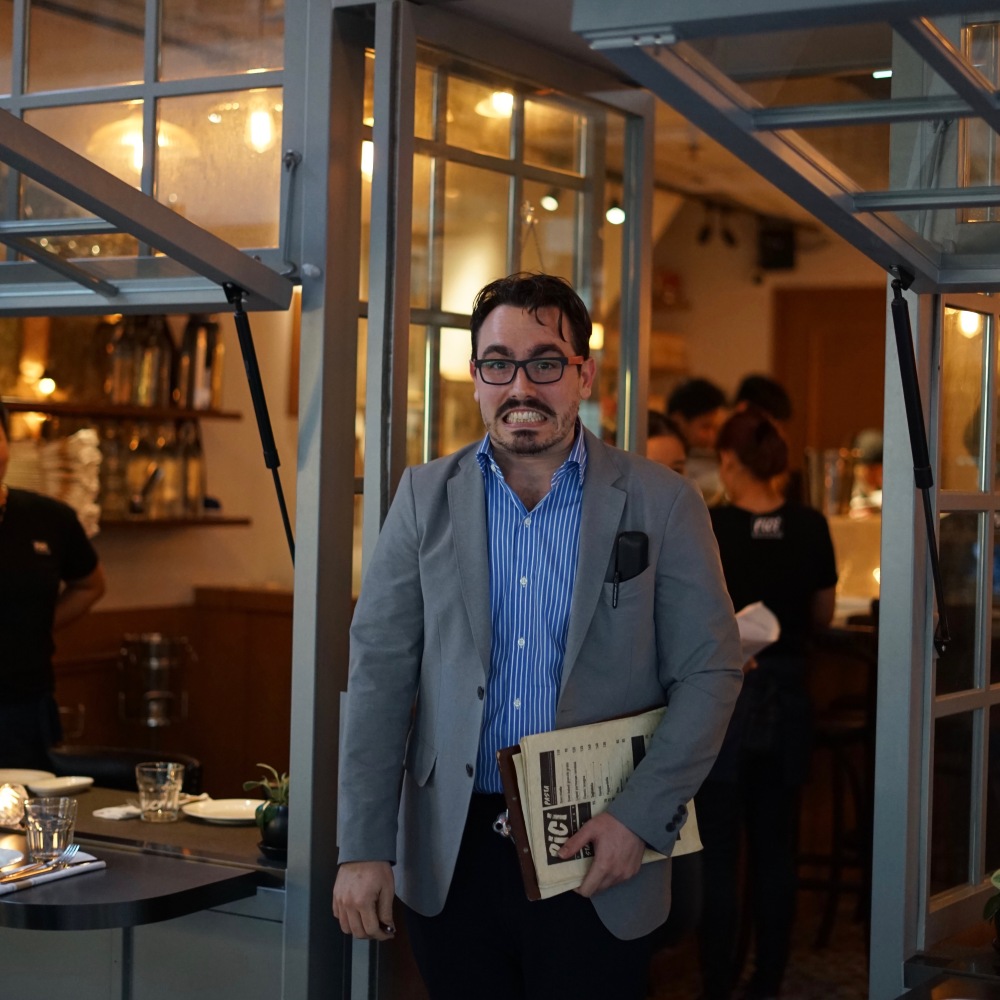 This worked well for the girl and I; we were number nine and ten in the list.  We did hear grumbling in the queue behind us and I guess I would too have been grumpy to have queued, only to be told that the wait would be longer!

From there, it was a bit of a production line.  We were shown to our bar-top table seat and given a very simple one-page menu; with a suggestion that we order a starter to allow the kitchen time to get our pasta just right.  We initially asked for the meatball starter, but were informed that it wasn’t available, then settled for the chef’s selection of cold cuts.  We then set about scouring the pasta only main courses, trying to decide which of the amazing choices we’d be consuming for dinner.

Choices made and our breadboard of cold cuts arrived.  Vibrant colours greeted us, the bright reds and pinks of the salami and parma ham contrasting against the yellow of chunks of parmesan and taleggio cheese.  We’d noticed the ferrari red meat slicer (brand unknown) churning out the fresh slices of meat and were impressed with the strong and sweet flavours of the ham and salami.  The huge lumps of cheese were equally well appreciated, there is nothing like fresh parmesan cheese to whet your appetite for pasta.

Fresh crusty bread that had been delivered with the cold cuts had quickly disappeared and were just as quickly replaced by our waitress.  The peppery olive oil the perfect accompaniment for the fresh bread; but we had to stop after two helpings, fearing that we would fill up on bread. 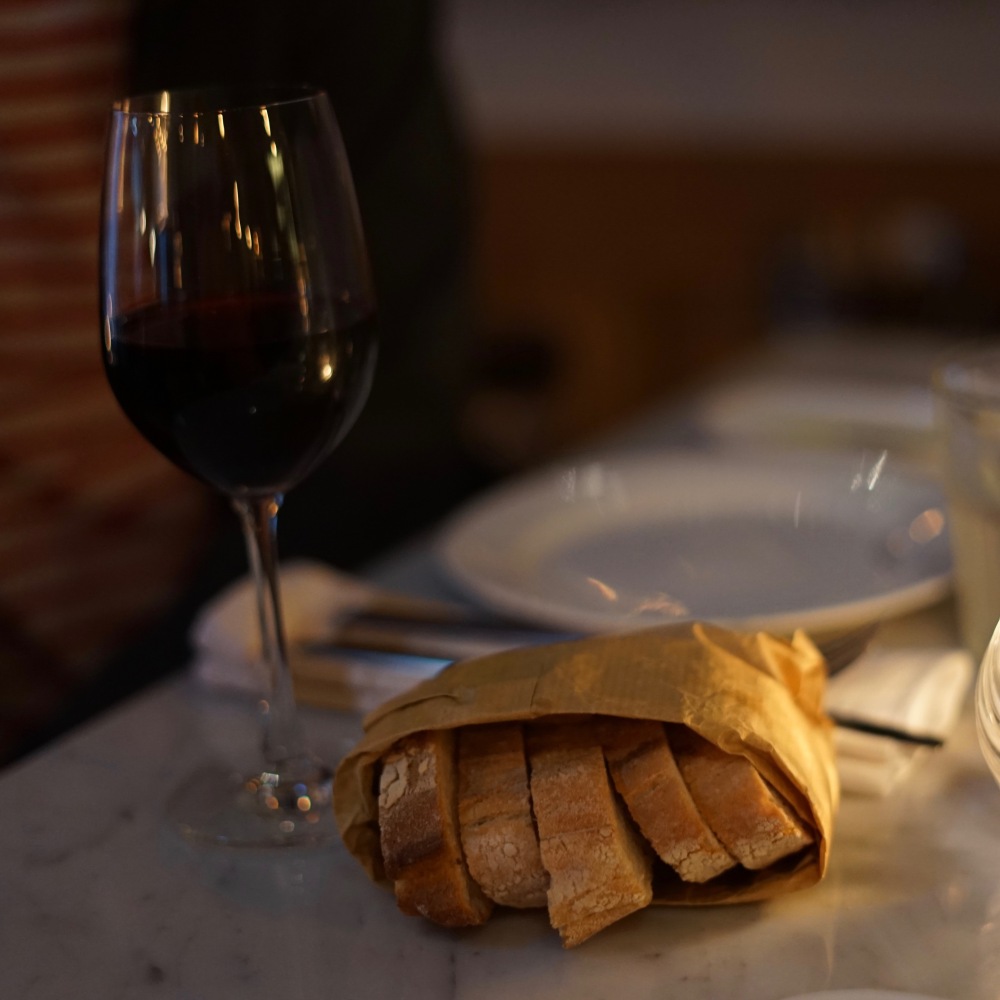 We’d been unable to decide on our pasta mains, so ended up getting three plates of pasta to share; a typical approach in tradition Italian meals.  Our first plate was the Pappardelle, the perfectly al dente thick slices of pasta immersed in a sauce of slow cooked veal shank ragu.  The eight hour cooking process had rendered the veal incredibly tender, but I personally didn’t like the flavour, which was too much like a braised meat dish for my liking.  The girl found the dish much more to her palate and raved about the strong flavour.

While I didn’t love the first plate, I had to admit that it was wonderfully cooked; however, there were no such issues with our second plate of pasta, the Orecchiette. The fresh pasta that had clearly been freshly prepared was simply delicious; small chunks of Italian sausage dotted the plate, the spicy  n’duja sauce was balanced with halves of crushed cherry tomato.  It was such a delicately balanced dish; the spices quite mild and very sweet, were perfectly matched to the pasta.  If put under only a little pressure, I would have to concede that the dish was the best plate of pasta I’d ever had.

However, it would come with some trepidation and internal debate because our next dish of pasta may have taken that mantle.  Informed that the Ravioli was also not available; the dish was replaced by a thin spaghetti and a truffle sauce (resplendent with plenty of freshly shaved black perigord truffle.  It was a case of minimum ingredients used to maximum effect, giving us a pasta dish that was simply out of this world.  The earthy umami of the truffle and the freshness of the pasta could not have been more perfect. 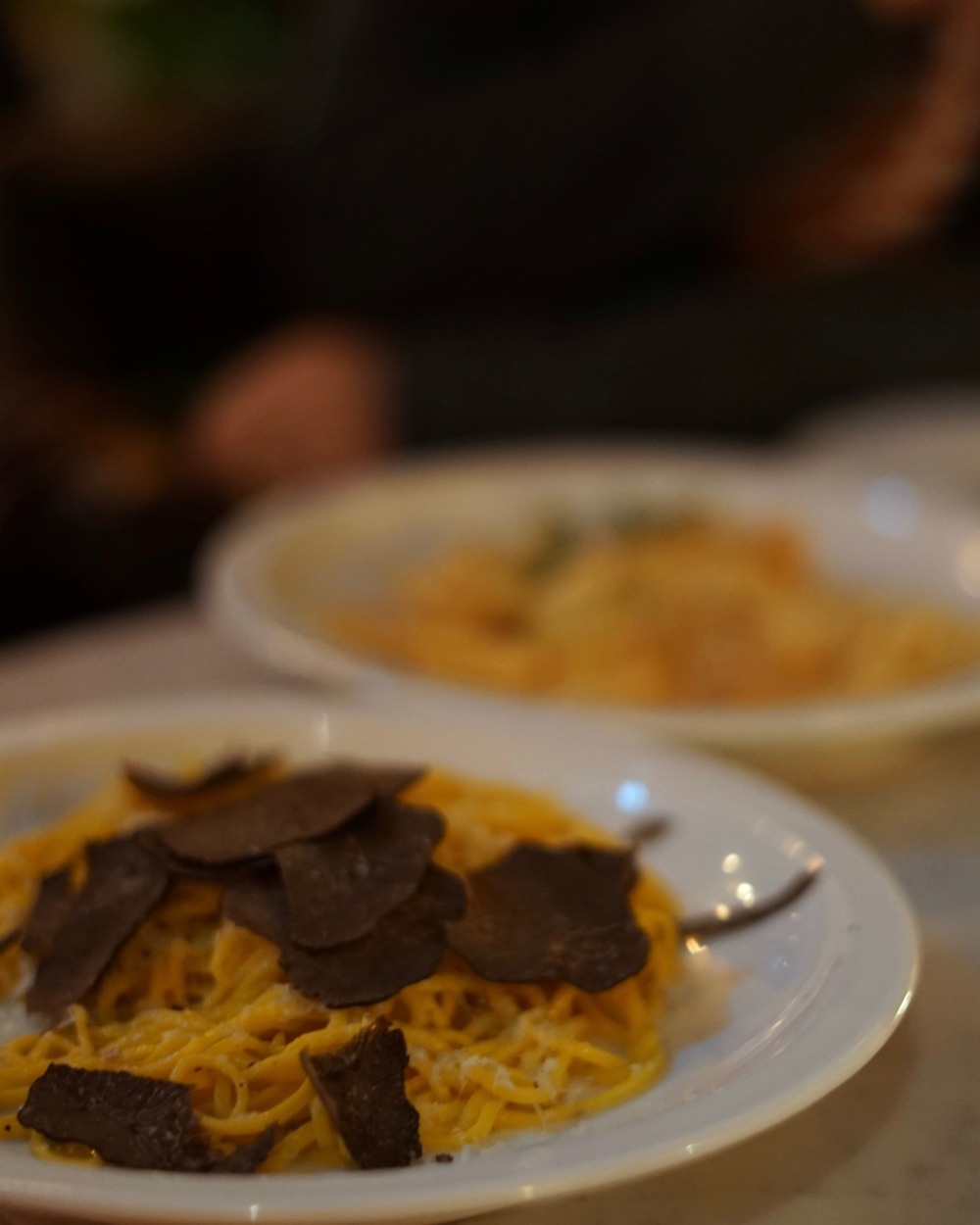 We were on a high, and by the look and sound of the restaurant, we weren’t the only ones. There were looks of ecstasy and pure joy on the faces of diners, looks I’m sure were identical plastered over the girl’s and my face!

With only two options for dessert, we decided to try one each and this was perhaps the only blight on the dinner.  The desserts were all pre-prepared, obviously to save time in the very busy restaurant.  The girl’s Tiramisù and my Raspberry panna cotta both came in glasses, which made eating easier in some respects but also hid a cardinal sin.  My panna cotta was mostly liquid, it hadn’t set and there was definitely no wobble on display.  The sweet concoction was more like a custard, and while it tasted OK, it really wasn’t a panna cotta.  Thankfully, upon comment, the team at Pici removed the dessert from our bill. 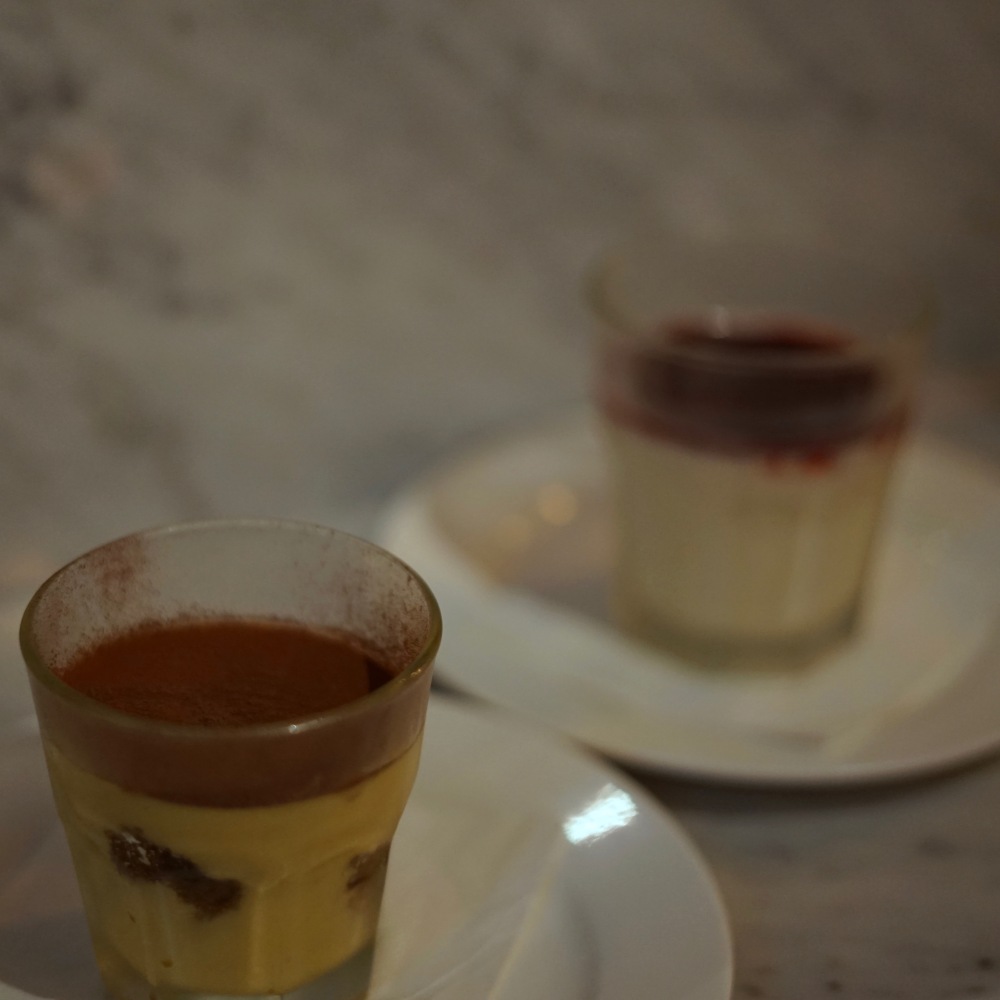 There was no such problem with the girl’s Tiramisù, it had set and was quite lovely.

One of the things that I noticed about Pici was the way the mains were served; we didn’t get all three of our plates at one time, but as they came out of the kitchen.  It looked as if they were doing batches of different types of pasta; we could see the same dishes being delivered to different tables at the same time.  It wasn’t really a problem throughout the night, although our pappardelle pasta was a little on the cool side when delivered.

Considering the hustle and bustle of the tiny little dining room, and the approach to piling customers into the restaurant in groups of ten, service was excellent and at times entertaining.  I was pretty happy to be informed that our unset panna cotta would be removed from the bill, so the staff were pretty attentive too.

What I loved most though, and something that I’d found missing when visiting some of the best restaurants in the world, was the heart of the place.  There was a beat to Pici that was instantly comforting; it enveloped us and made us feel part of a living organism.

I have to say with absolute certainty; I felt much more connected to Pici than I’ve felt to a restaurant in a long while.

Lucky me, as my neighbourhood pasta joint, I can visit anytime 🙂 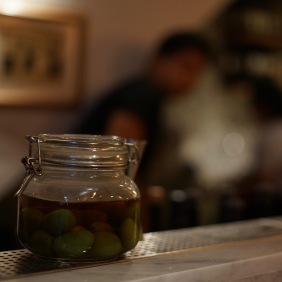