I can’t think of too many restaurants that I’ve had both a strong desire to visit and an equally strong level of frustration to secure a table.

Given the reputation of The Ledbury, a perennial #Worlds50 Best Restaurant and Two Michelin Starred establishment, I can understand that it’s a little difficult to get into.  However, the main reason that I’ve been unable to secure a table in the past is because you cannot get a table as a solo diner….

But enter Steve and Gemma; mates who happen to have scored a table for two, while visiting London at the same time I was there for business.  Serendipity stepped in and after a quick call to the restaurant, I was added to the table and was going to The Ledbury!

Further illustrating the popularity of The Ledbury, helmed by Australian born Brett Graham, our reservation wasn’t until 9:45.  A small price to pay, really.  I mean, the three of us were super excited and we’d planned a strategy to try to get into the dining room early 🙂 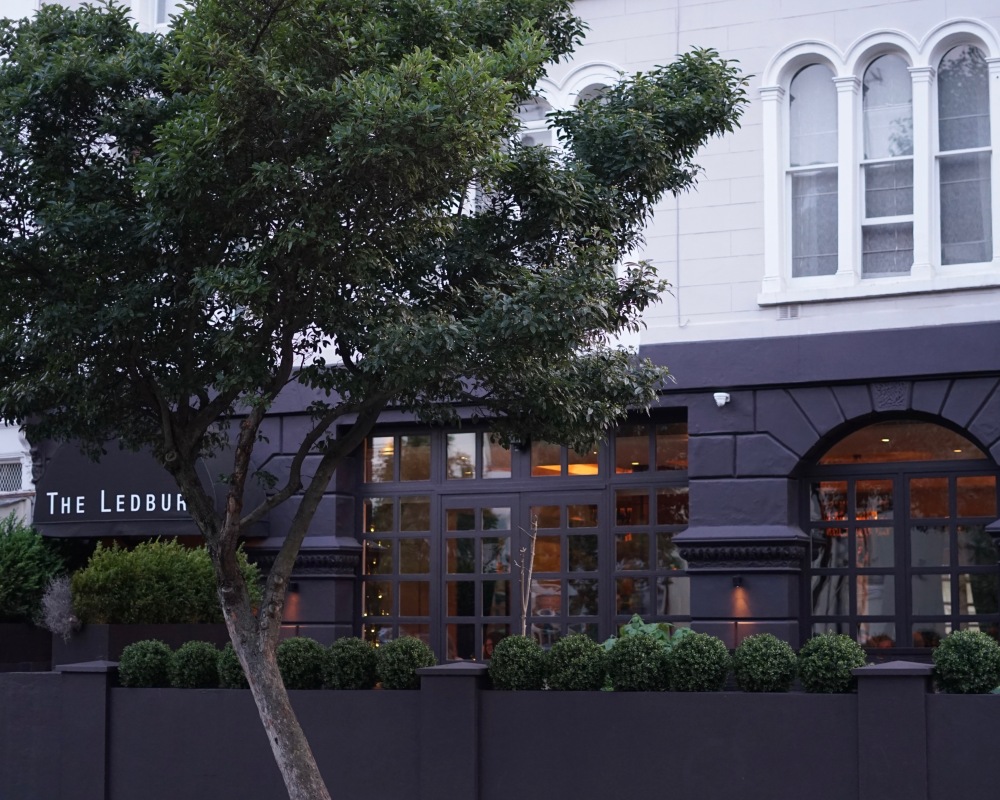 Our plan was to arrive at 9:15 and hope for the best.  I’d decided to get to the restaurant a little earlier than that, with the aim of having a walk around the restaurant’s very posh Notting Hill location.  My Uber dropped me off out the front of the Ledbury, which was in a very refined looking building that oozed class; and as I walked by the windows on my suburban tour, could see that it was clearly filled with the well heeled of London.

I’m not going to bore you with my Notting Hill adventure, but once my dining companions arrived we made our way into the dining room and only had to sit for a short time before our table was available; our plan had worked.

Which was a good thing; we were definitely going for the eight course tasting menu, which would make it a very late night for us…..  And on a school night!

With only a short preamble from our waiter, we advised of any food allergies (I just noted that I hated tapanade and olive) and marched on with the tasting menu.  But as with most tasting menus, we kicked off with a series of amuse bouche.

Our trio of small bites included a cute little seaweed crisp with a light cream made from mussels, light and crisp with a lovely salty hit; little spheres of foie gras topped with a mead jelly, a surprising crunch followed by hot creamy foie gras, the mead providing an interesting sweetness; lastly we were provided deer dumplings with a mustard hit, the small bite earthy and meaty at the same time.

There’s nothing like starting off a tasting menu with a bang; and that’s what happened with our first dish:  Yellow Tomato Soup looked bright and vibrant in it’s bowl, the bright yellow of the soup and sorbet offset against the orange of the lobster.  There was a sharpness to the soup that was a combination of the acidity of the tomato and the twang from a splash of chardonnay.  I particularly liked the contrasting textures and temperatures on the dish, which offset the sweet lobster and sharp sorbet and soup.

Once our plates where whisked away, they were replaced pretty quickly with a porridge and oatmeal sourdough with virgin cultured butter that was super soft and fluffy.  We had to actively stop ourselves from indulging in too much of the bread, it was seriously good, especially with the strong flavoured salty butter that melted into the air pockets from the bread!

I thought the presentation from the White Beetroot was a little boring; layers of thinly cut and clay baked beetroot were wrapped around some smoked eel, then topped with a small amount of English caviar.  Textually, the dish worked, although I found the balance of the dish to be slightly out for my tastes.  I didn’t really get enough of a salty hit from the caviar, which in turn meant that the white beetroot was just a little on the bland side.  The smoked eel partially helped by giving an extra dimension to the flavour profile, but it just fell a little flat for me.

I was a little shocked by the presentation of our next dish!  The Warm Pheasant’s Egg was nothing like the beautiful presentation I’d seen from IG feeds and photos from the restaurant online… Thankfully, what it lacked in visual appeal was made up for in it’s flavour (mostly).  What the dish amounted to was egg, ham and truffle with texture coming from some croutons and celeriac.  I quite liked the creamy pheasant egg yolk and the salty ham, I even liked the crunch of the croutons, but given the huge amount of Manjimup truffle, I didn’t get that earthy umami hit that I was expecting.

Our next dishes were the fish course, and I was surprised to be presented with a completely different dish to Steve and Gemma; while they received the Steamed Cod that was noted on the menu, I was given an alternative of Cornish Turbot.  It took a few moments, but we eventually noted that there was a green sauce on the cod dish that turned out to be an olive emulsion.  I was super happy that they’d given me new dish instead of ruining the flavour profile of their standard dish.

I’m normally not a huge fan of Turbot, manly because I think it doesn’t have a strong flavour and most times I’ve had it, the fish has been lost amongst the other flavours on the plate.  Not so with The Ledbury dish, the accompanying fennel and elderflower sauce was light and sweet against the expertly prepared fish.  I quite liked the subtle flavours which contrasted the relatively benign turbot.

I’d been enjoying our meal to this point, but apart from the kick off dish of Yellow Tomato Soup, there had really been no real standout dish that excited me.  There had been good solid cooking, but hardly a dish that screamed #Worlds50best restaurant meal.

That changed when the Hen of the Woods was presented; the simple looking dish saw a chunk of Hen of Wood mushroom sitting on a potato emulsion which was surrounded by a rosemary sauce.  This was a revelation, the strong earthy flavours of the well seasoned and perfectly cooked mushrooms exploded on the palate.  The creamy potatoes and the slightly sharp hit from the rosemary just balanced the dish wonderfully.  I was a little sad when I finally polished off the last morsel; then surreptitiously looked to see Gemma or Steve were not going to finish their servings….  Alas, they were equally rapt!

Head Chef Brett Graham is well known for his love of hunting game, so it was totally unsurprising to see Berkshire Roe Buck as our main protein.  There were major components of the deer on display, a roe chop with a decent amount of smoked bone marrow sat alongside an expertly cooked and wonderfully rare loin; then there was the roe sausage that finished off the meaty part of the dish.  Along for the ride were red grapes for acidity and red leaves and a puree – all red and giving an overarching look and feel of bloody red to the plate.  I’m a huge fan of venison, so I liked the gamey meat on the plate, but can’t help thinking that some radically contrasting flavour or colour could have enhanced the dish.

By the time we’d finished our meat course, it was getting quite late and we were just about the last table left in the restaurant.  So there was a noticeable increase in our interactions with the wait staff and the pace of meal picked up 🙂

A simple palate cleanser of passionfruit curd had been piped into a small bowl, a sauce of sauternes and olive oil completing the very uncomplicated dish.  It worked though, the sharpness of the curd really reset my palate and had me ready for dessert. 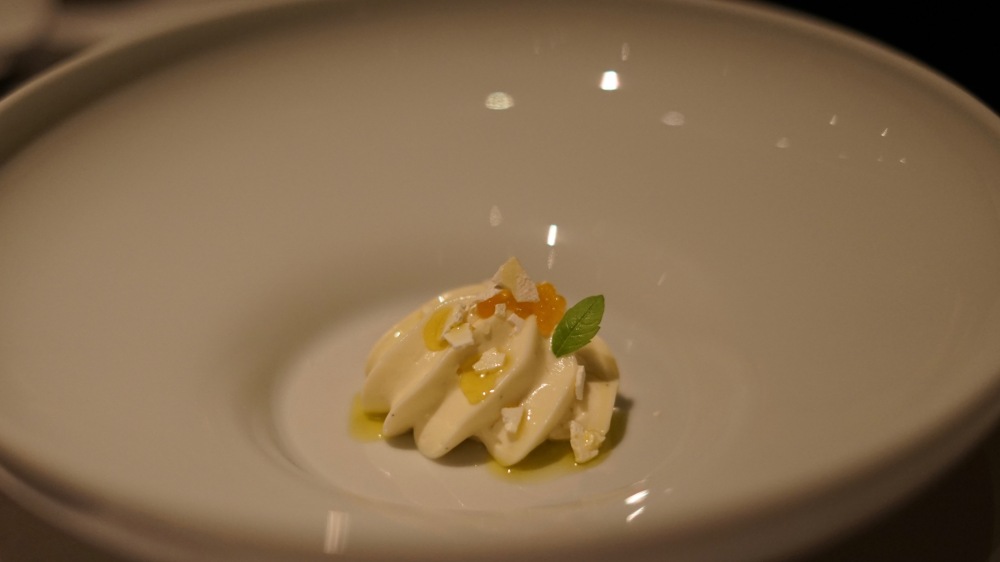 I thought the Dark Chocolate looked quite boring on the plate, but thankfully the flavours worked well.  There were huge cherry halves for sharpness, the stout ice cream was rich, creamy and delicious; and there were ‘chocolate rocks’ that were really quite surprisingly light.  But as desserts go in a #worlds50best restaurant, it was a little underwhelming, and quite frankly would have been a disappointing way to finish the meal.

Thankfully though, we were given an extra little treat at the end of the meal by way of a second dessert (which was not on the menu). Our waiter eagerly explained that it would be shame for us to leave the restaurant without trying the signature dessert of Brown Sugar Tart!  It was again very simply presented, but with much cleaner lines and more purpose than our first dessert, and I have to say it was a huge step up.  The tart was sweet and textually great with a sugar crust sitting on top of the creamy caramel tart.  The perfect quenelle of stem ginger ice cream that sat next to the tart was the perfect foil to its sweetness, a hint of biting ginger contrasting the sugary hit nicely. 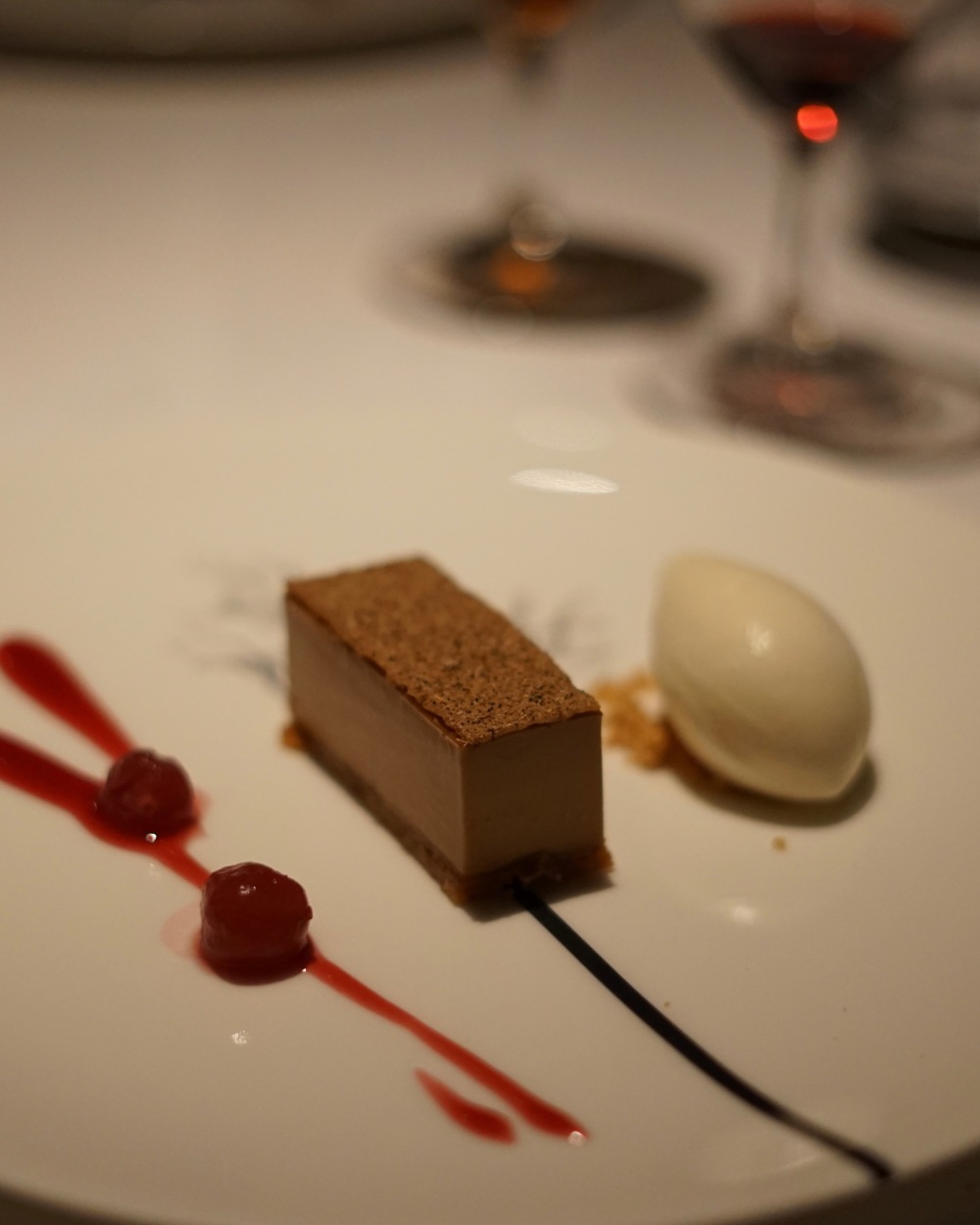 It was a much more memorable way to finish the meal….  Now I’m not sure if this happens to every diner, or we managed to score it because 1) I was taking photos or 2) we were the last diners in the restaurant; but it would definitely be a better finish to the standard tasting menu.

We were last out of the restaurant and it was approaching midnight, so quite a late night for us and the staff.  We’d really been hoping to get a tour of the kitchen or meet Brett, but neither of those things eventuated.  We actually think Brett was not in the restaurant by the end of the meal, making a point that we had one of his home town boys at the table – surely enough to get the Newcastle native out of the kitchen??

I’ve had a bit of time to reflect on our meal at The Ledbury, and also quite a few close comparison meals from other restaurants currently in the Top 100 and I have to say that I was a little disappointed overall.  There were a couple of dishes that really stood out for me, in particular the Yellow Tomato Soup and the Hen of the Woods, but the remainder of the dishes were nothing super exciting or new; albeit very well cooked.

I watched the live stream of the #Worlds50Best (I still don’t have an invitation!) this year  and was well aware that there was a huge amount of disappointment on the face of Chef Brett when The Ledbury slipped from #14 in the world to #27…..  But I honestly and totally understand the slip after dining in the restaurant.  There are a heap of very hungry and creative chefs banging on the door of the Top 50; and I’m not really sure there was anything sufficiently outstanding that would stop the new interlopers overtaking The Ledbury (and other mainstays in the Top 50 for that matter).

I really wanted to love The Ledbury, and instead I just thought it was OK.

I’m glad I eventually was able to dine at the Ledbury, but I’m not sure I’d rush back anytime soon…. 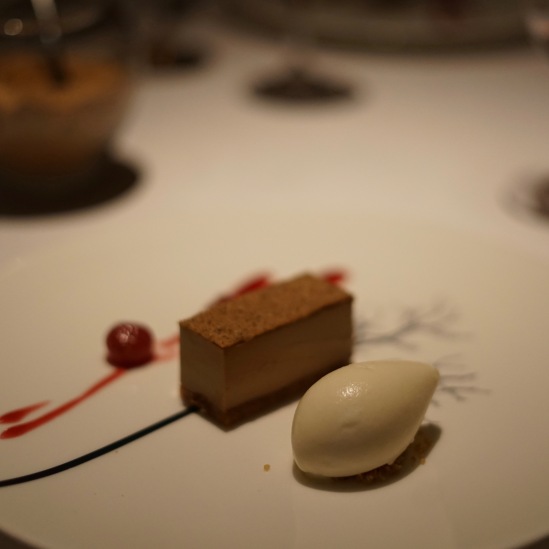 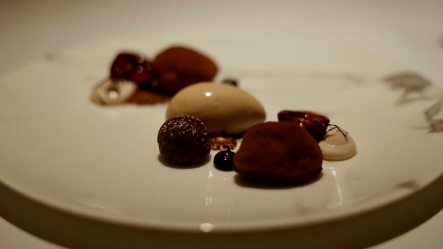 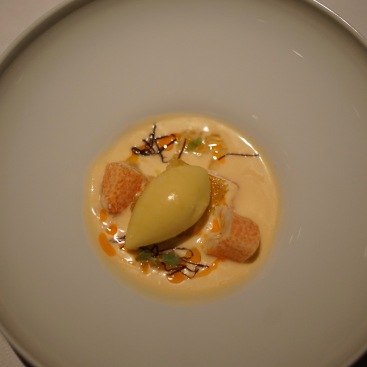